Health matters by Pharmacist Reny
Home contraceptives Virginity: A good reason to use a condom 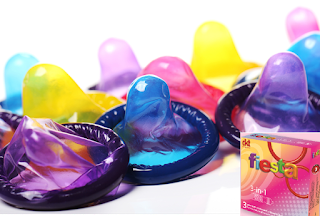 I read a story on a blog about a girl who got dis-virgin-ed but didn’t see the expected proof of blood so she was worried about how to convince her boyfriend that she had been a virgin. In my point of view, she has other issues to worry about. Many women have sex for the first time without using a condom and not really thinking about important issues like STIs or preventing pregnancy using contraceptives. I once had a client at the HIV clinic who was 16 and said she’d had sex only once and the guy who already knew he was infected, wanted to ‘hook her’ for marriage…(shivers)For now, let’s talk about STIs.

S.T.I.s: These stand for Sexually Transmitted Infections. In simple terms, these can be defined as the nasty stuff that “crawls in” after you crawl out of each other. If you’re infected, you may or may not have symptoms. If you get symptoms, you’re lucky and can seek treatment, if not, you’re unlucky (just stating the obvious). There are more than 20 bacteria, viruses and parasites that can be transmitted through sex. There’s popular ones like HIV and not so popular ones like Chancroid. Either way, popular or unpopular, they’re all nasty in terms of appearance or odour and/or overall physical effect. Easiest way to catch (transmit) STIs is through joining thy genitals, the anus (if you play that way) and in recent times through the mouth/throat (go figure). Surprisingly there are so many ‘virgins’ these days,  who choose to have sex through the anus, because they heard from a friend that you can’t get pregnant or catch an STI that way. You definitely can’t get pregnant through your anus, but I assure you, you can catch every type of STI when you have sex through there.
For the record: “IF YOU HAVE OR HAD AN STI, IT WASN’T CAUSED BY PEOPLE FROM YOUR VILLAGE, YOU GOT IT OFF A SEX PARTNER WHO HAD IT” (stating the obvious again).
One of the commonest STIs in Nigeria is  Gonorrhoea: It’s a bacterial infection and in men, the symptoms are fairly obvious: he will likely feel pain while passing urine and can have a white, yellow or green discharge coming out of his pe**s. If his anus is infected, there could be discharge, pain or discomfort. But in women, 50% do not have  symptoms, but if you do, it should sound like this: pain while urinating, or pain in your lower abdomen, a yellowish vaginal discharge, redness and swelling of your genitals or burning and itching in the vaginal area.
If you have any of the above symptoms, rather than self diagnose (many STIs have similar symptoms) and then proceed to cram antibiotics ( including the over abused Ampiclox) down your throat, it is best you understand you have a solvable problem and seek a health professional. More often than not, your doctor will recommend a vaginal or penile swab (a lab test that looks at the discharge you’re having) to determine which antibiotic will solve your matter, or he’ll go ahead and prescribe one for you judging by the symptoms you’re having.
Poor Treatment Behaviour: The worst thing you can do for/ to yourself is to keep this matter hidden out of shame or embarrassment or just shyness. You are not the first nor will you be the last person to have gonorrhoea, it’s fairly common, so don’t hide your head under the rock. Even your doctor may have had it himself/herself a time or two (don’t quote me). So RELAX, Don’t be afraid to visit the hospital or start by talking to your pharmacist if you’re not sure you’re having symptoms but think your partner or ex partner had such symptoms (this especially applies to women).
Last but not the least bit of advice: Ever heard the saying: prevention is better than cure. To do that, USE A CONDOM, it prevents gonorrhoea and a lot of other STIs from coming in. In addition, using a condom can be fun, because it comes in different shapes textures and sizes that can make playtime an exciting and fresh experience every time. You really cannot tell if her ‘ukwu’ or his ‘koko’ has wandered into murky and infected waters before coming your way looking sexy like Angelina Jolie & Denzel W, therefore it’s a sign of great wisdom if you protect your genitals, and for women, your womb also, by using a condom to prevent any S.T.I. or baby having accidents.

Can sex make you lose weight?