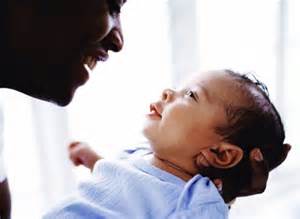 One of the key concerns of a man is the virility of his manhood. This concern is not only in terms of his performance capacity but also importantly in his ability to reproduce colloquially referred to as the ability to “shoot and score” or in medical terms, “to be fertile“. These days, cases of male infertility are as common as cases of female infertility. This could be because in the past, infertility was believed to be solely a woman’s issue and men were not tested but whatever the cause, it is my decision to bring this matter to the forefront of our collective minds.

In other not to turn this blog into a medical textbook, I will not delve too deeply into the convoluted path that is male infertility, but I will
highlight the commonest causes of male infertility. This piece is for all, MEN ESPECIALLY and women too. Women should share this wise counsel with husbands, brothers, uncles, sons, partners, friends etc. Let’s kick this issue in the proverbial butt with the following piece of advice.
Consider the following terms as I continue: Azoospermia: absence of sperm in ejaculate / less than 500, 000 sperm per ml
Oligospermia: having insufficient sperm in ejaculate / less than 20 million per ml.
DO 1:
Go to the hospital when you notice any urinary issues. This ranges from mild pain during urination to severe pain, from itching to discharges of any ‘odd’ colour and/or odour. The need to be wary of urinary infection is to prevent fertility complications that may arise from untreated/ poorly treated infections. Some diseases such as gonorrhea, mumps, and syphilis (to mention a few) can permanently render a man infertile. The effects and after effects of these diseases can block the sperm duct (tube), preventing easy transport of sperm from the testicles (warehouse) to the penis (end user). This obstruction of flow can result in low sperm count in each ejaculate (recall oligospermia) or sluggish sperm movement.
DO 2:
Avoid trauma to the penis and the testicles (contents of the ball sac). Trauma refers to relatively mild trauma like those caused by excessive heat, radiation etc, to severe trauma from sharp objects etc. Once damaged, the testicles will not usually regain its ability to make sperm (recall azoospermia). Excessive heat can be avoided by not ‘often’ wearing tight lower garments (especially for sports persons) or tight underwear.  This is the basis behind the popular shift in underwear style from briefs to boxers. The reason is that ‘Testosterone’, the hormone involved in ensuring sperm production shows higher levels in the body during cooler temperatures than in hotter ones. I dare to suggest that this is one of the reasons why more babies are being conceived in cooler seasons than in hot ones since this is when testosterone levels is at its peak.
DO 3:
Reduce excessive alcohol consumption. Male alcoholics (excessive alcohol consumers) are often impotent. I do not refer mainly to their performance capability but that they are often infertile (shooting blanks). This is because Testosterone, the hormone critically involved in sperm production is affected long-term when alcohol is taken in excess as it reduces the testicles ability to make this hormone. Not only does alcohol deplete testosterone supply, it reduces the current store of testosterone by increasing its destruction via liver enzymes.
If reproduction is of little consequence to u, recall that testosterone is responsible for maintaining a lot of physical characteristics, such as that baritone voice your woman loves or that macho man physique you’re so proud of or that hairy chest and even the size and structure of your testicles. In its absence or in low supply, men will begin to show signs of feminization.
DON’T:
Abuse of some drugs most especially anabolic steroids (body builders), cimetidine, spironolactone , nitrofurantoin and marijuana can to varying extents affect sperm production or motility (movement). It is therefore of pressing concern that drug abuse is commonplace in Nigeria, so always consult your pharmacist to advise you on how to use any drug. Ensure you use your drugs for the prescribed DURATION
and in the prescribed DOSE (no more no less). Especially avoid the so-called recreational drugs like marijuana.
Finally, Malnutrition (including being underweight-Body Mass Index [BMI]) and stress are two general causes of nearly all health problems, and fertility is not an exception. Eat balanced meals and make out time for rest. There are other less common hormonal and physical disorders that may also affect a man’s chances of making that baby but the afore-mentioned DOs and DON’T   can help prevent most instances of infertility.